Skip to content
Disclosure: We earn an affiliate commission for sales made through our site. Thanks for your support of our home business!

Just yesterday I had the opportunity to experience the new G80 BMW M3 and the G82 BMW M4 up close. Both vehicles took part in BMW’s typical six-monthly “Test Fest”. While the M3 and M4 were not available to drive, I had the opportunity to take care of their exterior design, sit inside and get a feel for the interior, hear the start and revs of the M4 and be open with it some BMW managers talk about the cars.

Since their debut, I’ve personally spoken very loudly about the styling of both cars, especially their grilles. The new grille design of the BMW M3 and BMW M4 is very controversial among enthusiasts, some love it and some hate it. While I don’t think hate is the right word, I’m certainly more inclined to the latter camp as I just don’t like it no matter how hard I’ve tried to accept it. But even I admit the new grille looks a lot better in person.

It has far more three-dimensional shapes than photos show. So when you see it in person, it looks far more interesting. It also looks less vertical as the images on the front look almost like a truck. I still don’t like it, but after seeing it up close and the way light reflects off its surfaces in real time, I think as the owner I could live with it.

Aside from the funky new grille, both cars look great, especially the M4. For the cars of the F80 / G82 generation, I have always preferred the M3 because its flared fenders give it a more butch-like look. While this G80 BMW M3 still has flared fenders, they’re less aggressive than the F82. While the G82 BMW M4 looks really fantastic back from the headlights. It’s smooth, pliable, and muscular, and has real presence. I also really like Toronto Red. 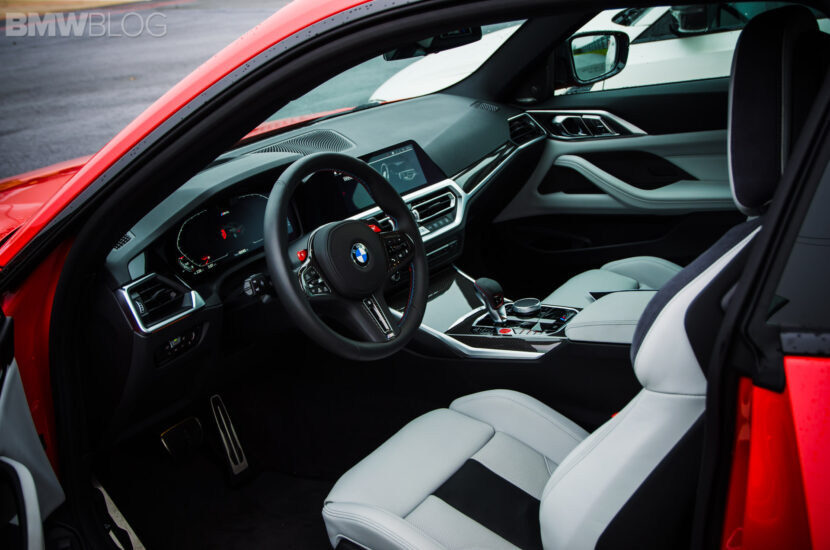 While the BMW M3 still looks very good, it was difficult to really get an idea of ​​how it looks. The frozen white paint was completely washed out in the lousy, overexposed rainy day lighting. With the car covered in rainwater and dim lighting, I didn’t even realize it was painted a frozen paint, and I wasn’t the only one being scammed. 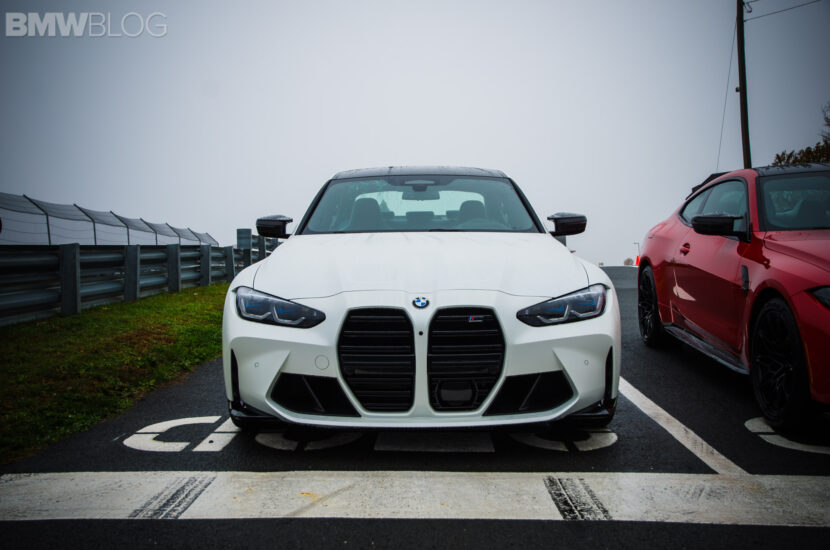 Many attendees did not realize the color was Frozen White but assumed it was Alpine White as the weather obscured the Frozen finish. Because of this, all body lines and wrinkles have been visually washed out. I would like to see it in a real light, to see what it looks like.

Inside, both cars are pretty typical. The interior overall is what you’d expect from an M3 and M4 based on the current 3 and 4 Series. So for the most part, they’re essentially the same as their standard BMW counterparts, just with a few particularly sporty details. The BMW M4 in question was fitted with the standard seats made of Silverstone / black leather and Alcantara. They looked and felt good, but pretty normal for an M-car. 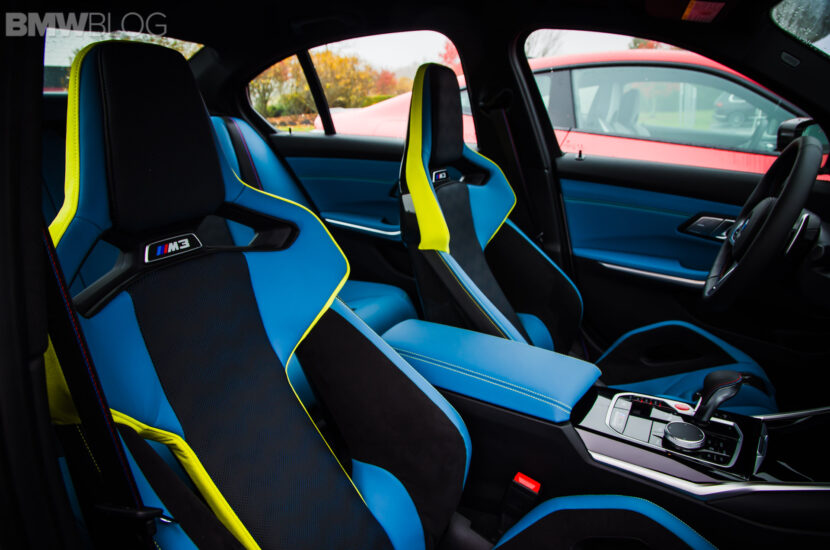 I really liked the carbon paddle shifters on the M4. Usually carbon fiber doesn’t blow my skirt up as it’s just fine plastic, but the new carbon paddles look a lot better than the standard BMW paddles that come on every BMW. Not only do you look better, you feel better too, with a red dot on your back. It can be frustrating to get into a BMW M8 and see the same paddles that you find on a base 1 Series. So it was refreshing to see new and unique ones in the M4.

The real star of the show, however, was the interior of the BMW M3, which was equipped with the optional bucket seats with carbon fiber backs in Yas Marina blue and yellow. This blue / yellow combo has the same color scheme as the BMW M4 in its official release photos and is fantastic in person. The carbon buckets with their massive pads and bits on the thigh handle are fantastic and feel great. I was really shocked at how much I liked not only the seats themselves, but also this wild color combination. If I were to order an M3 or M4, I would choose this interior, no question about it. It’s just too fun and unique to pass up. 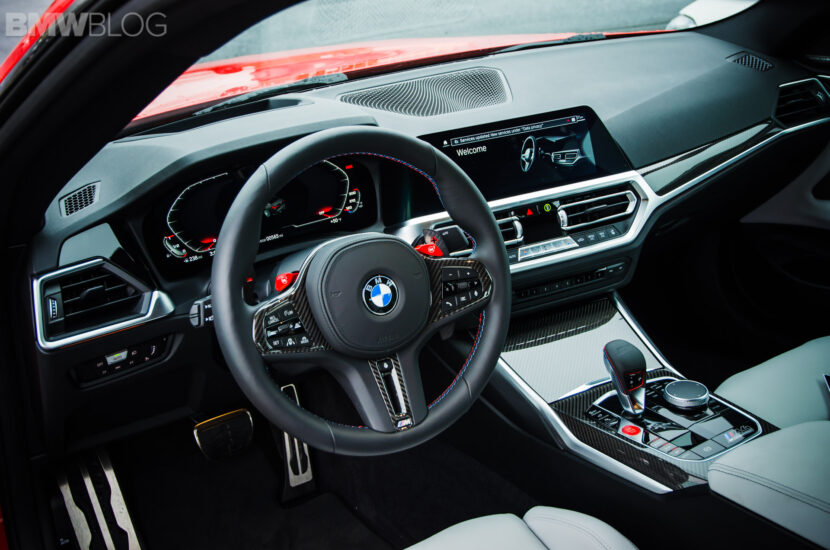 Sweetening both cars is the fact that, as I learned from a BMW manager, these seats are available for any M3 / M4 model, base, or competition. The seats I saw in the M4 are the standard seats for all models, base and competition, and the carbon buckets are available as an upgrade for both cars.

So if it’s my money, I’d go for the base rear-wheel drive, manual gearbox BMW M3 in the same Frozen White with the optional Yas Marina Blue carbon seats. That’s about the perfect M3 in my book.

After seeing the cars, I decided (not that I could afford them) that I could absolutely own both cars and live with them, depending on how they drive. I’m still a bit concerned about the weight as both cars are pretty piggy (almost 4,000 pounds), but seeing what BMW can do with heavy cars right now, I’m cautiously optimistic about both. If they can be driven as well as BMW M promises, the new BMW M3 and BMW M4 will be great cars in my opinion.